There are literally thousands of Android virtual reality solutions on the market today. If you’re curious about what to get, here’s the best of the best for 2016’s holiday season.

Ranging from an all-in-one Android developer kit to the basic Cardboard, each is at least capable of viewing 360 videos and photos, and some add some really unique experiences in mixed reality, augmented reality, gaming, and more.

Before getting someone a VR headset, here’s what stands out from everything I’ve seen at CES, CTIA Super Mobility Week, and E3 over the past few years that’s available to consumers.

Mislabeled as an all-in-one Android VR solution that doesn’t require a phone or computer, AuraVisor is a decent smart HMD when connected to your computer. Several design flaws, a high price-point, and limited developer support hold AuraVisor back from greatness, but VR addicts with a love of Android programming and developer-level skills will enjoy this HDK beta.

Choose from hundreds of designs (or create your own) and slip any smartphone into Unofficial Cardboard to experience VR movies and pictures along with other Cardboard apps. Google Street View’s VR support is worth the experience alone, as it’ll make you eerily aware of how little privacy we truly have these days.

Whether you buy the headset or not, a ViewMaster app/reel is a great entry-level VR experience and one of the best available on the Android OS. Discovery, NASA, National Geographic, and others created a solid educational mixed reality experience that takes full advantage of the capabilities of your smartphone.

Flipping the script a bit, LG developed its own VR headset for the LG G5 modular phone. Only released in Korea, the 360 VR headset connects to your LG phone via USB, letting the phone power the independent screen. This VR experience is much lighter than others on the market, but unless you read/speak Korean, you’re unlikely to appreciate any exclusive experiences.

Basically just a glorified Cardboard headset, Homido 2 does come with enough interchangeable parts to make it a great VR solution to comfortably enjoy everything Android VR has to offer. Even with Google’s new Daydream platform, Homido is likely to hold up as a sturdy VR headset.

To try VR on the cheapest possible budget, a DIY Cardboard kit can be found for as cheap as $10 with a strap on Amazon. It’s going to feel like a cheap Halloween mask on your face, but it’ll let you at least get a glimpse of the most stripped-down, passive VR experiences out there. Check out Trejos Eating Tacos on YouTube 360.

Samsung’s flagship VR headset was released in partnership with Oculus and set the standard for Android VR from the end of 2015 through 2016. Although the Milk VR platform was shut down before year end, Samsung VR’s gaming and app library, along with Galaxy phone integration sets it apart from anything else on the market.

After a successful Kickstarter campaign, Wearility’s Sky headset is finally hitting the market in November. The high price tag is a bit hard to swallow, and the plastic headset itself is nothing special. However, Sky VR is worth the purchase if only to harvest the lenses for one of your other headsets. 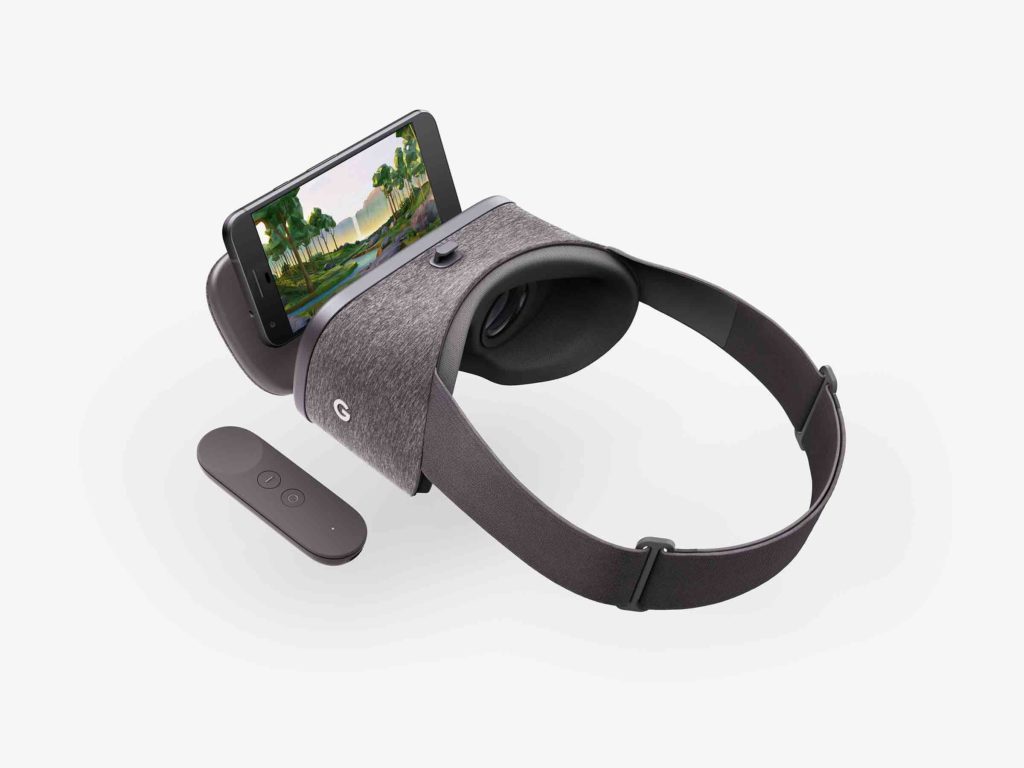 While everything on this list except Gear and AuraVisor is nothing more than glorified Cardboard (and neither of those supports Cardboard so far), Google’s new Daydream view offers more than just your standard passive VR experience. Unfortunately it currently only works with Google’s Pixel phone.

Adding better ventilation, a sleeker black design, and increased FOV, the newest version of Samsung Gear’s popular VR headset is the new bar for other Android VR headsets to clear. Unless Google pulls something great out their pocket, Gear VR looks to be the best mobile VR experience for at least another year or two.

Most Anticipated Android Games of 2021