Bleach was a huge part of shaping my childhood. I’m probably way too into anime now, and Tite Kubo’s seminal creation was one of the first to sink its hooks into me. Upon starting up Bleach: Immortal Soul and being greeted by Kubo’s incredible character design, I was immediately hyped. There’s something special about Bleach’s style, even with the series celebrating its 20th anniversary and (finally) getting its anime adaptation finished, it’s the perfect time for a good Bleach RPG to come out that repackages the first few story arcs of the series. It’s a shame this game isn’t it. A Pretty Coat of Paint

Bleach: Immortal Soul makes a good first impression. I don’t even care that they recycled music and scenes from the anime; the source material is good enough to give me a wave of nostalgia and simultaneously stand on its own for a new audience. On top of that, the in-game character models are crisp, detailed, and stylish. Attacks are satisfying and flashy. Each character has their own unique set of animations and sound bites, making every character feel unique. A lot of effort went into the game’s presentation, with hiccups present only in a few story moments that didn’t stand up too well to the source material and some rough translation here and there.

It plays like a typical mobile RPG: You tap a character’s portrait to attack with them, and each character gets one attack per turn before the enemy gets their turn to strike. Taking and dealing damage charges a rage meter that allows for special moves that range from shields and heals to damage abilities that have their own unique damage patterns. Overall, Bleach: Immortal Soul does a good job at keeping combat fresh; it adds in some status effects and a rock-paper-scissors style counter system that adds another layer of skill. These systems become especially relevant when choosing your lineup within the PVP-ish arena mode. This all sounds great, right? Well… Immortal Soul’s cracks start to show about an hour in. After progressing through the first few story chapters, the game offers you a deal. If you buy any amount of the game’s premium currency, you get Byakuya Kuchiki (a fan-favorite character and all-around badass) for free. Being the masochistic game reviewer I am, I don’t like caving to these kinds of offers. What’s more, at Hardcore Droid, we review a “free game” as a free game. You could cave to the offer and spend five dollars to get the overpowered character, but I wanted to see how far this game’s free-to-play experience could take me. Well, a few missions later, I found myself stuck on a boss: Byakuya Kuchiki. Every time I fought him, that same offer popped up trying to tempt me to buy him. Ouch.

Unfortunately, things only get worse from there. I tried to forge a path forward against the odds. Invariably, I’d find myself blocked by a boss and unable to exploit the game’s freebie currency enough to progress. There’s a bunch of “game modes,” but it’s really the same gameplay packaged a different way. Upgrade systems are closer to convoluted and frustrating than innovative and meaningful. The sheer number of currencies and ways to spend them makes the player even more tempted to open their wallet if only to bypass tedium and frustration. You receive one free high-tier summon a day, but getting anything useful out of that is rare. In other words, your lineup of characters quickly falls out of relevancy. When a developer creates a problem and sells a solution within the game, that’s when it’s time to check out. By that logic, this entire game turns into a problem. I was able to get to the 25 hour mark with this game before I hit a genuine impasse. Granted, I could get past it if I waited long enough and got lucky with a daily summons, but to what end? What’s the point in putting time into a game that’s going to slip its fingers into my wallet more and more as I play? Hell, the game rewards the player for spending money daily. Seriously? I understand that developers have to make money somehow, but this isn’t the way to do it. What about skins? The game severely lacks cosmetics, which is one of the only types of monetization that isn’t a complete turn off.

Kubo’s character designs and artistic style are immediately identifiable, so skins would be an easy sell to fans of the series. Instead, the developers have chosen to paywall progression. It’s crazy that a game based on a story about guiding souls to a peaceful afterlife doesn’t have a soul of its own. It’s a cash grab that rides on the fact that it’s a part of one of the most popular franchises to ever come out of Japan. I had fun with the game, but that’s the worst part. If it was horrible, I could condemn it based on that. In this case, a good game is trapped somewhere beneath a suffocating layer of freemium monetization.

What could have been a solid game is completely marred by aggressive and invasive microtransactions. Bleach: Immortal Soul constantly reaches for your credit card instead of delivering the best gameplay experience possible. 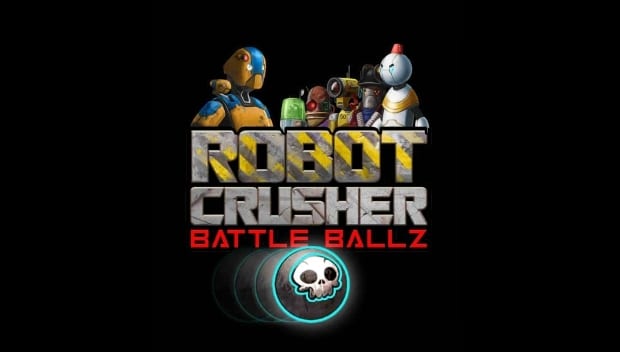