Mythology buffs unite to take on powerful warriors in Gods of Rome. In this Android action game, the evil Tenebrous has unleashed the Chaos Vessel which gives him the ability to control mighty beings, such as fellow gods and monsters. Only powerful summoners known as Ascenders have the power to stop him. Players take control of an Ascender and summon these mythical entities to restore order in the realm of the gods.

Players have three game modes to pick from: story, special events, and PvP. Story mode is comprised of three acts with several chapters that contain multiple maps. This mode alone offers a great deal of gameplay as maps consist of various fights that the player must progress through. Depending on the map, players can choose different paths that lead them to certain battles and items. However, some of these paths can only be taken based on your team’s abilities, perks, and class. Special events change daily and allow players to select their difficulty level. In PvP, players can participate in one-on-one fights or three-on-three battles. This game features beautiful graphics, stages, and characters. Characters range from gods, heroes, monsters, and other mythical creatures. One of the game’s most interesting elements is the way in which they re-imagined these myths. For example, Atlas has a steel ball attached to his hand and Achilles wears a golden mask. As with many other fighting games, the female characters are poorly dressed with overly sexual armor. Whereas the male characters have more thoughtful designs, female fighters were sadly crafted with sexual appeal in mind.

Each fighter has a unique entrance and victory animation. They also have skills that allow for possible mid-battle stat boosts, such as damage reduction and an increase in strength. Some fighters have bonds with others which boost their abilities, adding additional depth to the team structure. Characters can level up through consuming ichor (the blood that flows through the gods), which increases their health and power. Once characters reach their level cap, players can use nectar to promote these heroes to the next power tier while also boosting their strength and unlocking new abilities. 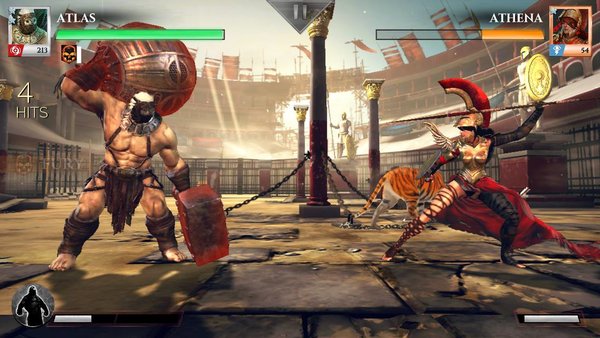 The game’s controls are basic and fluid. Players can quickly tap an enemy for light attacks, swipe for a medium attack, and tap and hold for a heavy attack. To defend players can either tap and hold down on their fighter or swipe backwards to have their character retreat a few steps. Once you get the controls down, stringing together combos and blocking enemy attacks is a breeze. Skill is not a huge factor in Gods of Rome. The winner is usually the fighter with the greater power level and health.

Gods of Rome requires very little skill, making it ideal for casual players. However, once veterans of the genre become accustomed to the game’s seriously stunning graphics, they will find themselves yearning for more challenging gameplay. As this game is free and without ads, it’s still worth a try. In my years of mobile gaming, I’ve never bought an in-app purchase, but this was the closest I’ve ever gotten to giving in and buying more health to complete a challenge. Spendthrifts, be wary. Gods of Rome might just be the game that makes you cash in.

A graphically stunning mobile game whose visuals carry most of its appeal in this otherwise basic fighter. 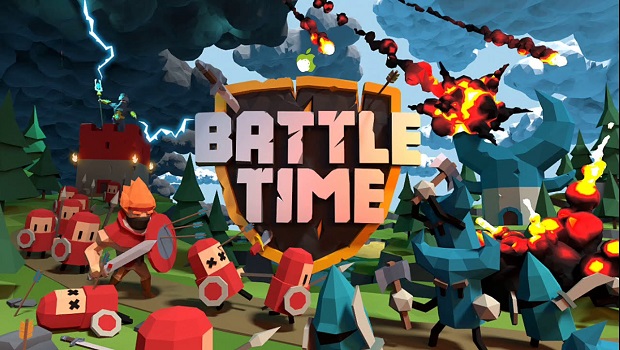