Comics nerds like myself were stoked back in April when Netherrealm, makers of the classic Mortal Kombat series, released their much-anticipated arcade fighter Injustice: Gods Among Us, an MK-esque 2D brawler set in the DC Comics universe. More accurately, two of their universes; the story’s main conceit is that, in an alternate reality, Superman’s gone bad and has created a fascist one-world government. It is thus up to Batman’s insurgency, aided and abetted by select heroes from our “good” universe, to dismantle his corrupt regime.

Not that you’d know it from the mobile version of the game. The only story you’ll get here is in the brief opening cinematic, which is really just a few character vignettes and recycled dialogue from the console version. The mobile game is designed as an extension of the PS3/Xbox edition, and allows you to sign in with your Warner Brothers ID to link the two games. This will then unlock certain characters, costumes, art, and so on in both versions as you complete certain objectives (and there are a lot of them). While the unlockables aren’t always my cup of tea—I’m a sucker for character skins, and I could care less about the art for my online “hero card” which I’ll never use—it’s certainly enough incentive for anyone who owns the console game to download the app.

The real question is, how does the game hold up for someone who didn’t shell out sixty bucks to play Injustice on their TV? Answer: Surprisingly well, but not to the extent it should. You play a relentless series of three-on-three battles against other DC characters; winning provides experience points and credits, both of which can power up your characters (represented by “collectible” cards). Credits can also be used to buy new cards, either one at a time or in three-card booster packs of varying prices. Boosters contain one character (common, uncommon, or rare, depending on the pack) and two support cards, which can provide bonuses to your team’s health, attack strength, or energy regeneration (which determines how often a character can participate in a battle). The controls are basic taps and swipes that are often accompanied by on-screen prompts, so you can devote more brainpower to strategy. Of course, you can always pay real money to get a healthy amount of credits to invest in your favorite characters. Since the game is free-to-play, it’s designed to be extremely difficult to save up for decent characters, and relying on boosters to get what you want or need is dicey at best. But patient fans will be able to enjoy the journey and wait it out—especially since they’ll be distracted by the excellent graphics and animation. Netherrealm has clearly done a straight port of the console graphics to their mobile version, giving us lovingly rendered environments and characters that actually look like they’re interacting. (The lone exception to this rule: when a battle ends and the camera focuses on the loser, awkwardly pressed against the ground at jarringly low-quality resolution.)

The problem with making Injustice look this good is that only the best machines can run it. Injustice is over a gigabyte in size, and just about all of that is spent making the game look just like it would on consoles. As a result, you’ll want to play on a Galaxy Tab or your choice of tablet, as phones—even high-end ones—struggle to render the animation and lag constantly, making combat at higher levels incredibly frustrating. The basic act of blocking an attack is next to impossible, since you can’t tell when your opponent is going to retaliate, and trying to pull off certain characters’ special attacks is pointless if you’re chronically too late to follow the on-screen directions.

This isn’t even mentioning the bugs, which as of this writing are fairly abysmal. I’ve experienced countless home screen crashes mid-battle, which is annoying enough, but when the game itself takes three to five minutes to fully load, penalizes your team’s energy, and then forces you to restart the battle, you start to wonder if you should be spending your time on something more constructive. “Challenges” are fun extra-credit battles that allow you to unlock exclusive characters like Batgirl, but even though the challenge advertisement popped up multiple times in each play session, more often than not the option to actually play in challenge mode never appeared. Glaringly obvious bugs like these should have been fixed ages ago, especially since the iOS app has been out for eight months.

Overall, Injustice is a fun game that anyone with an interest in the comics or in lovingly detailed brawlers can enjoy. Whether or not you will, though, depends on your ability to overlook bugs, deal with agonizing load times, and wait patiently until you can afford that next delicious rare booster pack. I possess none of these super-powers, alas; perhaps if Netherrealm was less concerned with making their game look superhuman and actually made it perform that way instead, I’d be able to give the Injustice mobile app another shot.

Bugs and glitches make an otherwise enjoyable brawler into a frustrating experience. 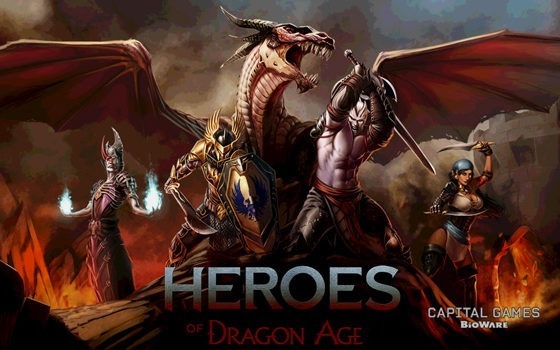