I’ve always loved minimalistic games. There’s just this comfort they provide that, no matter how grand scale and big budget gaming may get, that greatness is still possible through the simplest of set-ups.

I can’t think of many games that exhibit this quality better than the Android puzzle game Please, Don’t Touch Anything. It’s a game that takes a metal panel, an old computer screen, some posters and a big red button, and turns it into one of the more intriguing android titles of the year.

I almost feel guilty for diving into a game like this, because so much of the joy it has to offer comes through discovery. When you first boot it up, you find yourself taking over a simple panel from a friend on break. The monitor above you shows a city, and a big red button beckons below.

While I’ll avoid spoilers by and large in this review, let me tell you what 99% of new players will do at this point. You’ll push that red button, at which point a red switch appears. Thinking “That’s neat” you will then hit the red button again, at which point the city before you blows up and its game over.

“What the hell was that?” you may wonder.

That was one of Please, Don’t Touch Anything’s 25 different endings. The other 24 are found by choosing to navigate the board and the switches that become available in different orders, until you reach a point where something definitive happens to the city above. While it may feel a times that this is a random guessing game made possible only through trial and error, there are actually subtle hints in the room decorations and functionality of the available buttons and switches that can guide you along further and further in the game. Mechanically speaking, that’s about all there is to the experience. Where this apparently simple design becomes so very captivating, however, is in the variety of possibilities. It’s a lot like Pokemon, in that the ultimate goal isn’t necessarily to catch one ending above all, but to catch them all. With the possible exception of the above scenario, I wouldn’t say there is a definitive way to lose the game as sometimes you will accept the inevitable negative consequences of your actions as a victory by having found the correct sequence of events that lead to it.

It’s a real joy to be placed in such an environment, where failure doesn’t necessarily exist, and instead victory is best achieved through locating every possibility. Unlike annoying open world collect-a-thon games, where the amount of content required for completion feels daunting, here you will eventually find everything by playing long enough and really considering all of the possible moves at your disposal.

Some will be quite obvious and others will require a lot of creative thinking or sheer luck to uncover. Having only discovered about 13 of the ending myself, I was curious as to what I missed and looked them up online. I can safely say that several I would have never found, even though a few seemed so blindingly obvious after the fact. The endings themselves are pretty fantastic by and large. Some are more obvious than others (quite a few apocalypses, for instance), but most of them are highly creative, incredibly funny or downright bizarre. Unsurprisingly many of the best are reserved for more complicated sequences, though you will find this is not always the case.

I must say, though, that while there is certainly a thrill in finding these possibilities when you first start playing, and maybe sharing the experience among your friends, there is a cap to the entertainment value that may be reached well before you find all the endings. The immersion level isn’t quite on the same level as The Stanley Parable (which gets a lot more mileage from its humor and subtle possibilities) or “escape the room” style titles which feature more brain teasing. It’s impressive how many of these elements were packed into such a simple set-up, but it’s a step below the best of these types of games in that regard.

That also brings us to the price. For $4.99 I tend to expect a lot more value from my games than what you’ll necessarily find here, and it does limit the crowd I can recommend this game too. If you’ve got the extra $5 laying around and want to enjoy a genuine sense of discovery for about 8-10 hours max, then by all means go ahead and download.

Everyone else should probably wait for a bit of a price drop to get the most out of the novelty Please, Don’t Touch Anything offers.

Please, Don’t Touch Anything is a bit overpriced for what you get, but it’s too clever to not be considered notable. 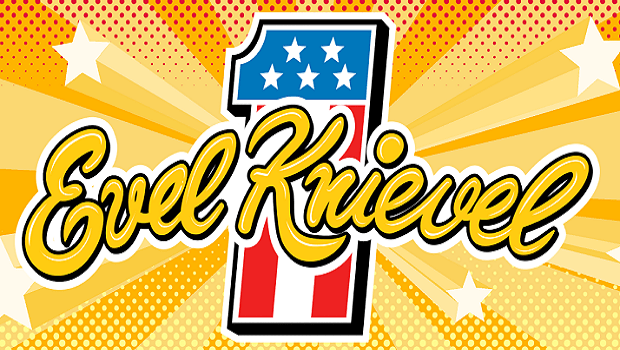